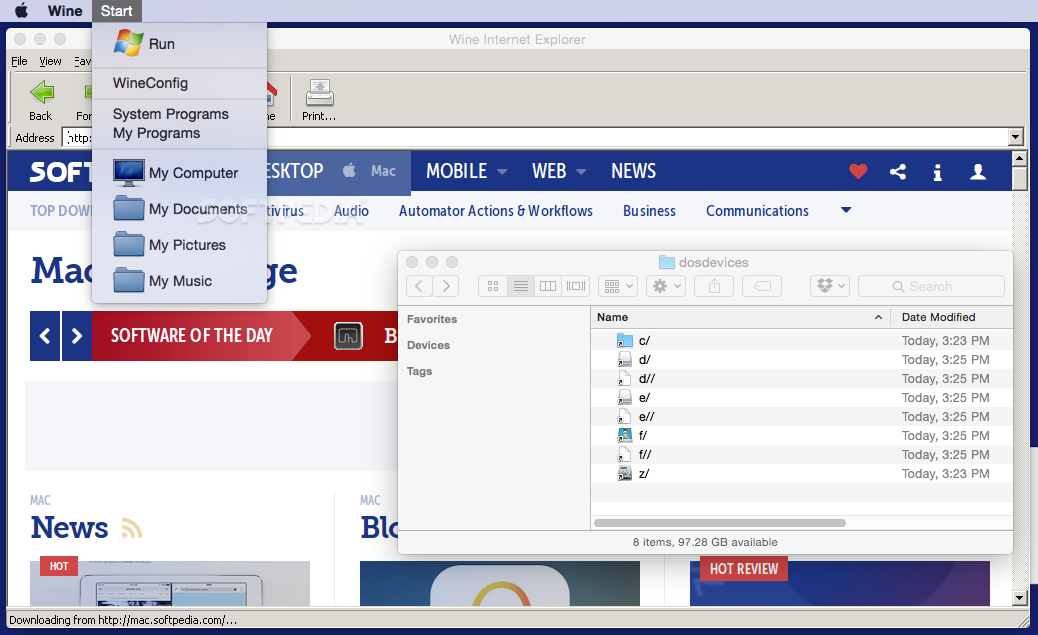 Darwine is the version of Wine for Mac, which is a free implementation of Windows API. It allows you to run on Linux and OS X programs that are made for Microsoft. The official Darwine packet doesn’t update on time so the members of kronenberg.org decided to take the intiative of publishing their own version.
You can look up the list of programs that are compatible with the original version of Wine by clicking here. You will find games such as Final Fantasy XI, Guild Wars, Half Life II, Command & Conquer 3, and Counter-Strike, and programs such as Adobe Photoshop CS2 and CS3, AutoCAD2008, Visual Studio .NET 2008, and 3D Studio MAX. That being said, not all of them work just as well.

The official version of Darwine, which is currently obsolete, can be found on its website. Click hereto access it. There is also a comercial version of Wine called CrossOver.